Sending a Device Command With an Argument

In this guide, you'll learn how to send a command to the device with an argument. You'll also be introduced to the Utterance Parameter node.

For this voice intent, the user must give Bixby an integer value between 0 and 100:

Example: "Set the brightness of the bulb to 50."

This parameter value gets passed down to the Utterance Parameter node. This node stores the value of the specified parameter, which is captured from a user utterance.

In Bixby Home Studio (BHS), you can configure the Utterance Parameter node with a default value. Normally, a device would get the input value from a user's utterance. For testing purposes in this guide, you can use a default value, which allows you to test the action flow on a device without an actual user utterance. 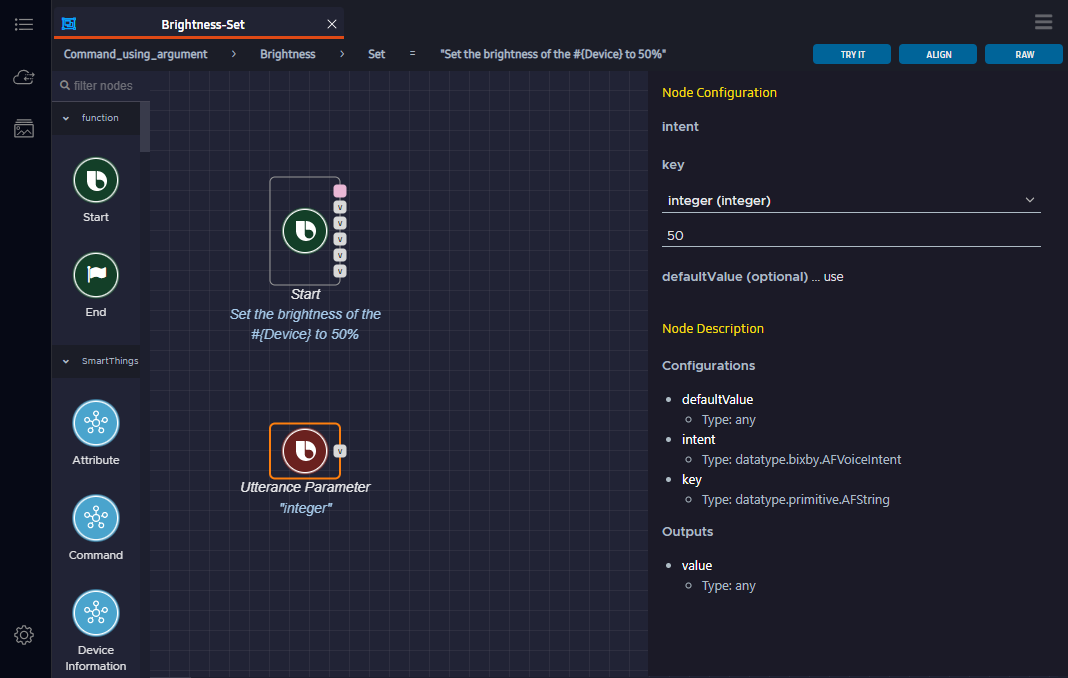 Now, you need to send a command to the device to set the brightness of the bulb to the user's uttered value.

Drag a Command node to the flow editor area. Then, click the node to open the Node Configuration menu on the right. Click APPEND NEW ITEM. 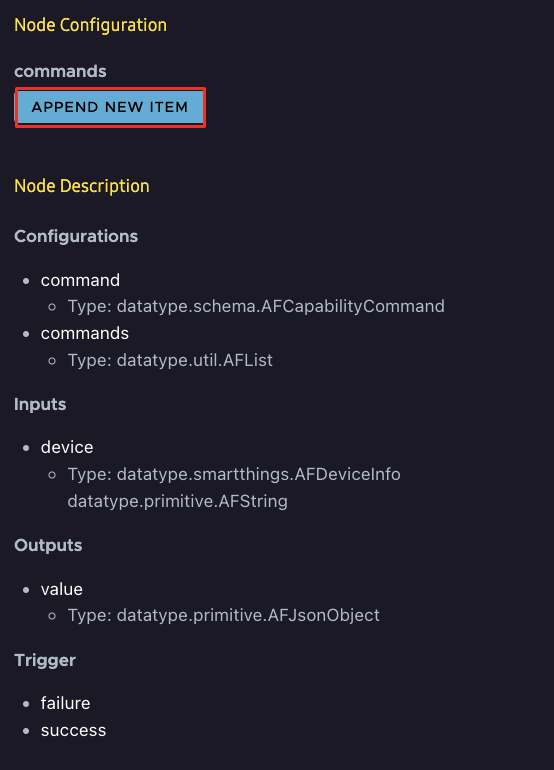 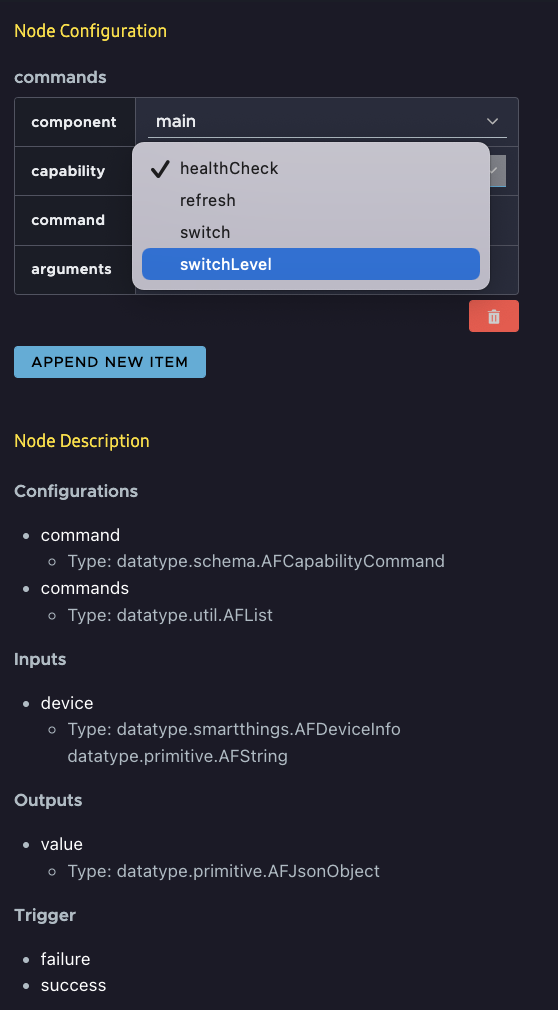 A pop-up for switchLevel opens. Select the setLevel command, which will add input ports for level and rate to the Command node. Then, click SAVE.

The Command node should now have input ports for level and rate. Since rate is an optional argument, you can ignore it for now to keep things simple. The level input determines the brightness value for this device. 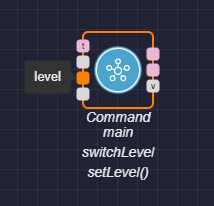 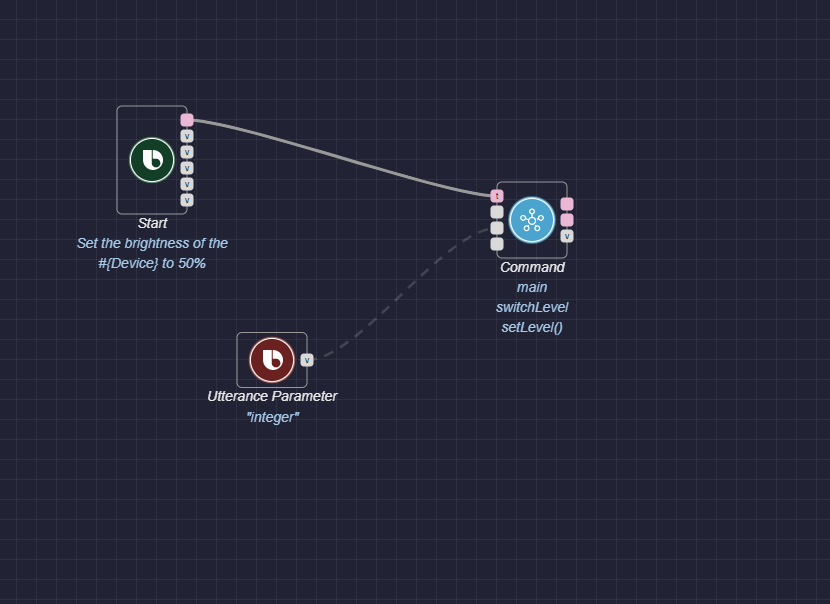 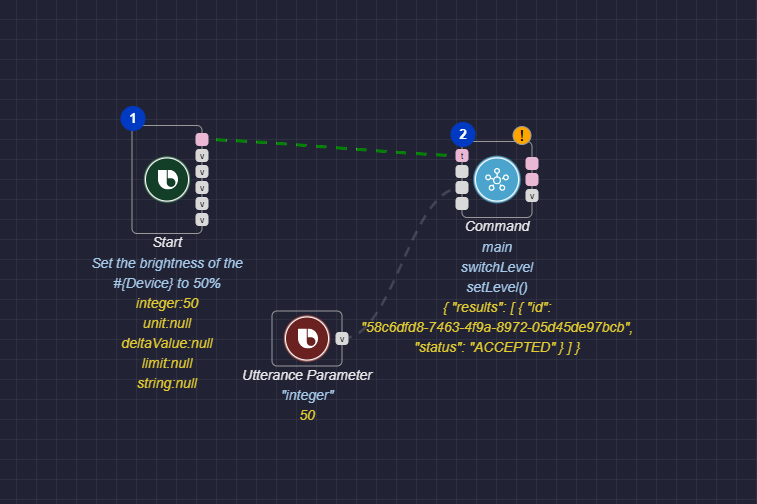 The value of the Utterance Parameter node has been set to 50, and this is used as the mock utterance value. That value is then used to set the brightness value for the voice command "Set the brightness of the bulb to 50."

You will also see a warning icon

on the Command node. When you hover over it, a message states that a response was not generated. This is because we do not have a Response node in our action flow.

In the next guide, you'll learn how to use the Response node to create a Bixby response using device status.

Sending a Device Command With an Argument