In this guide, you'll learn how to create a simple action flow to send a SmartThings command using two nodes.

What is an Action Flow?

An action flow is a graph containing different types of nodes connected by execution and data paths. By associating a voice intent with an action flow, you specify the behavior the device should exhibit for that voice intent.

Action flows are the most important feature of Bixby Home Studio (BHS). They let us model the behavior of a device in response to a voice command in a visual, intuitive, and hands-on manner.

Every action flow must begin with a Start node. The Start node gets triggered when the user gives Bixby a command. This command is the starting point for the action flow.

Begin by dragging the Start node from the Action Flow Nodes sidebar on the left onto the editor area. 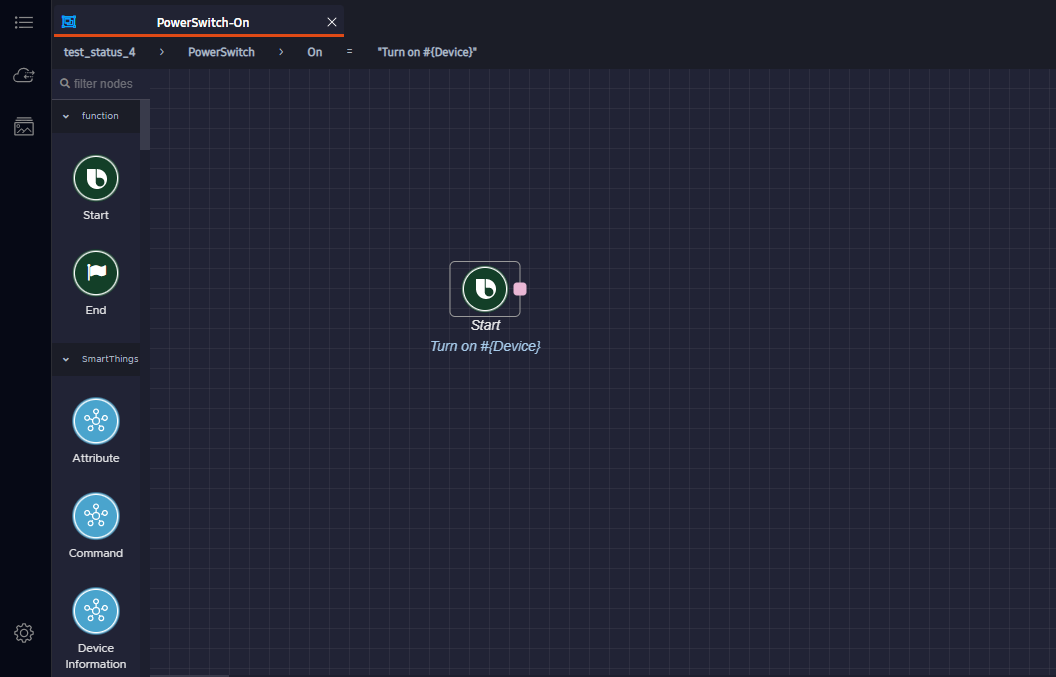 To get a response based on the voice intent, you need to add more nodes to the action flow, which perform actions when triggered.

Let's modify the action flow to send a command to a device.

You can make the Start node trigger another node by connecting the two nodes with an execution path.

In the example below, the intended action is to switch on a light. So, you have to add a node that enables you to send a relevant command to the device.

To do this, drag a Command node to the flow editor area as shown below: 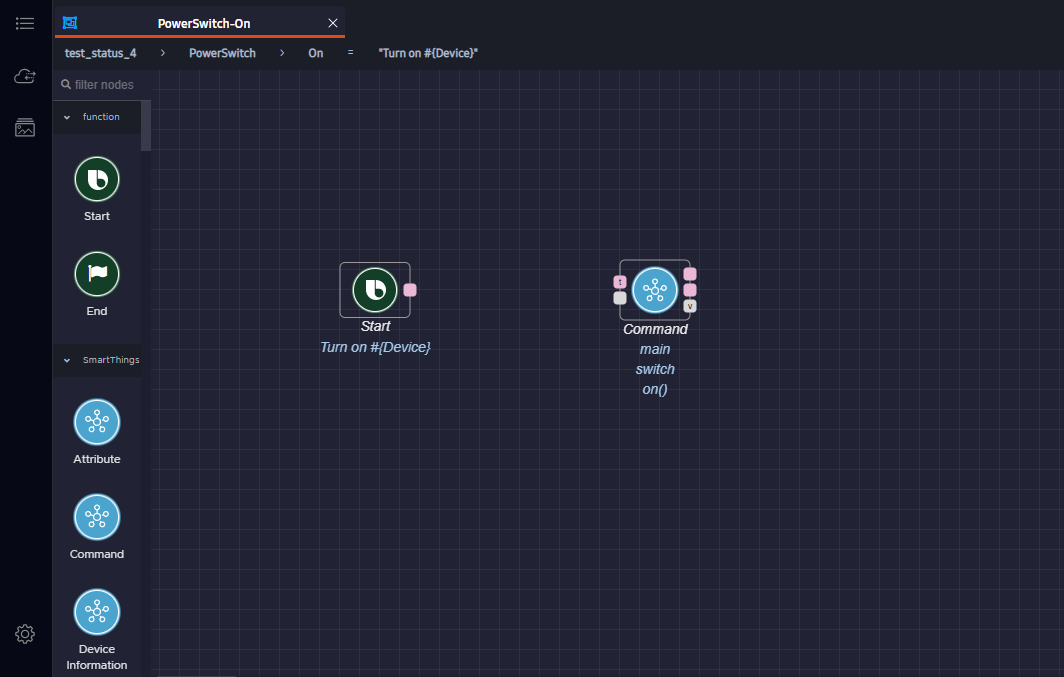 A Command node can be used to send a command to a SmartThings device. The Start node you added earlier triggers the Command node. 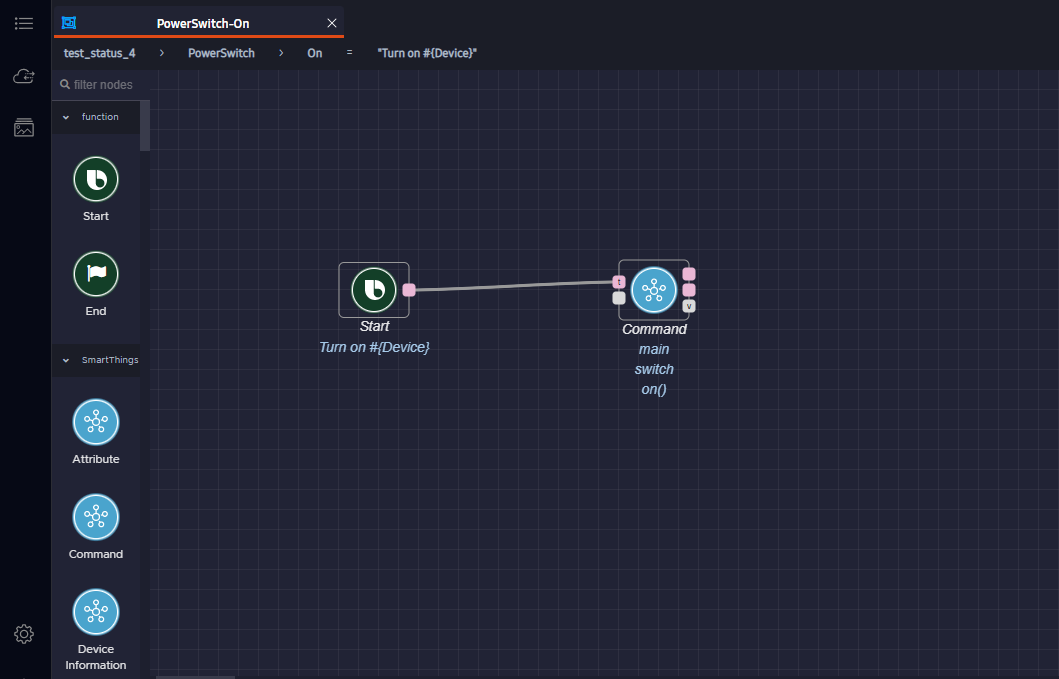 To do this, click on the Command node to select it. This expands a Node Configuration window on the right as shown below: 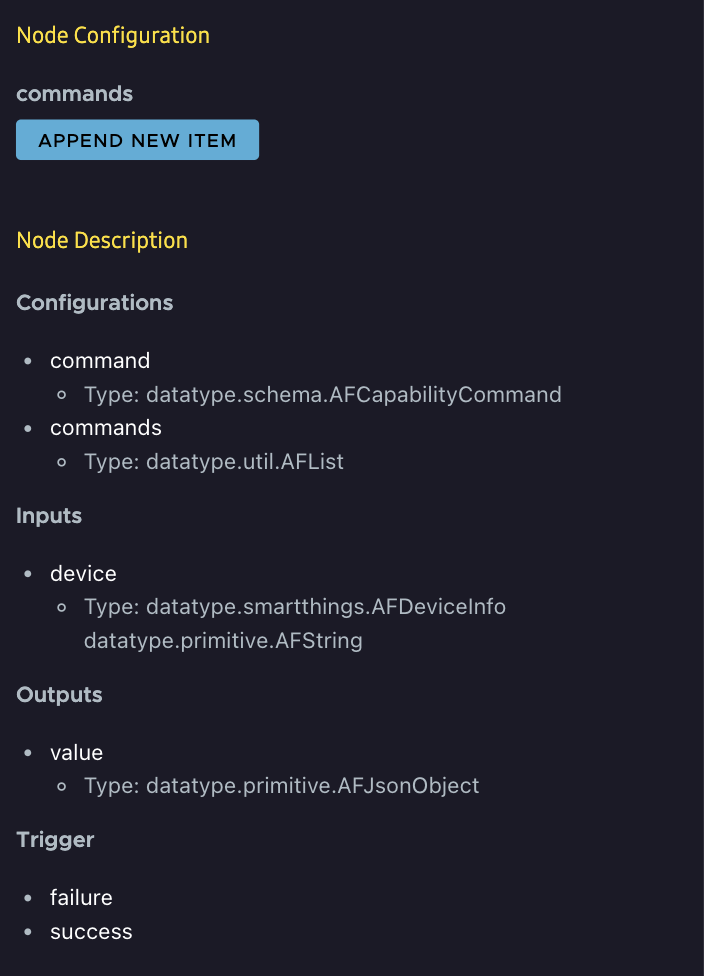 Click APPEND NEW ITEM to open the Node Configuration menu as shown below: 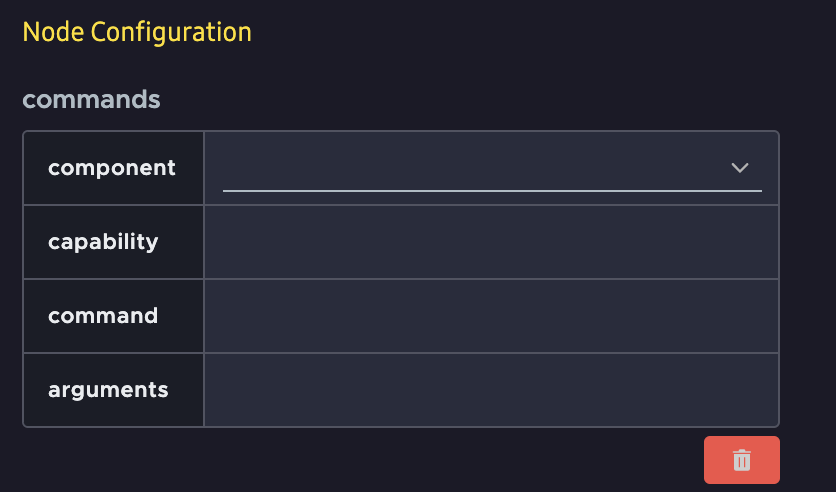 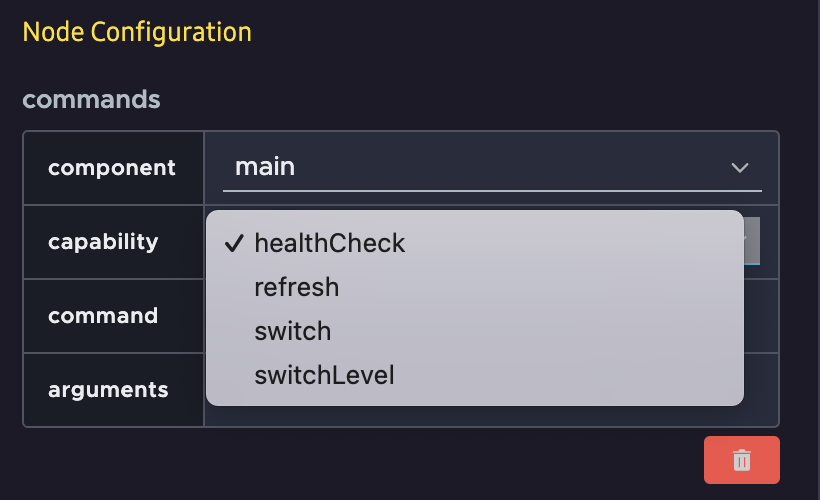 This opens a window showing the available commands for the selected switch capability. Select the required command, in this case on, and click SAVE. You don't need to enter arguments in the Node Configuration menu. To learn more about arguments, read the Sending a Device Command with an Argument guide.

Great! You've now created an action flow that sends a switch on command to a light.

The editor also has the "Try It" feature, to test the action flow on a real device. You can do this without uttering voice commands. Click TRY IT in the menu bar at the top right. 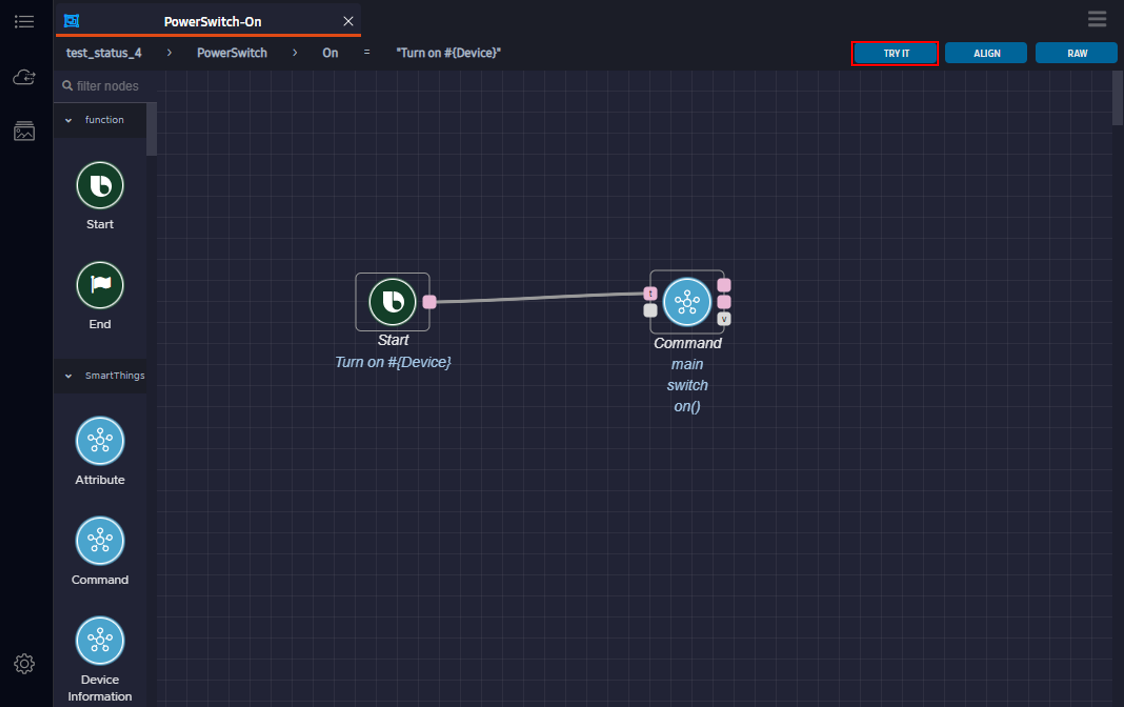 The device should now be switched on. A dashed green flowing line will highlight the execution path, as shown below. Any obtained values or responses will appear below the corresponding nodes. 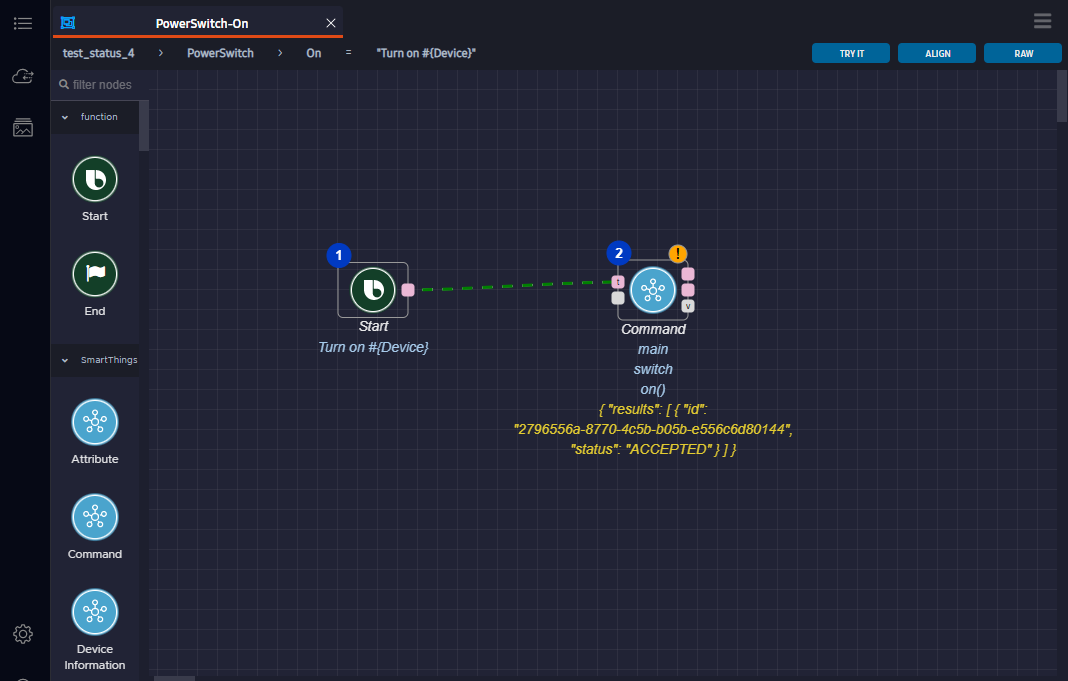 Great! You've successfully created and tested an action flow for a voice intent. You can also add action flows for voice intents that you want to include in your voice metadata.

The action flow you made in this guide is a pretty basic one. You can also make more complex ones by adding different types of nodes.

In the next guide, you'll learn how to send a device command with an argument, so the device can set a value based on the user's utterance.