The goal is to define the action flow for the volume-increase voice intent for the device.

For this voice intent, the user is expected to give Bixby an integer value between 0 and 100 in the voice command.

Example: "Increase the volume of the television by 10."

As you learned in the Sending a Device Command With an Argument guide, the parameter value in a user command is passed to the Utterance Parameter Node.

In BHS, you can configure the Utterance Parameter Node with a default value. Normally, a device would get the input value from a user's utterance. For testing purposes in this guide, use a default value, which allows you to test the action flow on a device without an actual user utterance.

Now the default value of 10 is set for the Utterance Parameter Node. In a real use case, you need to fetch the volume value from a user's utterance.

Now, you need to add and configure an Attribute Node, to fetch the current volume value of the device.

The current volume value of the device is an attribute of the audioVolume capability.

To add and configure this node: 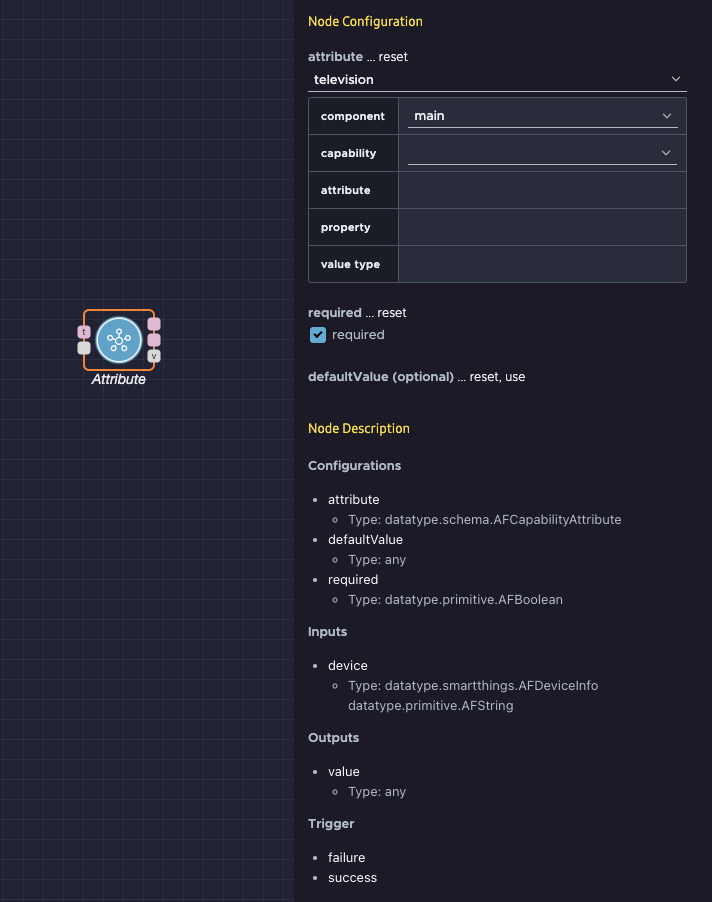 Select the audioVolume capability. In most cases, you can leave the component selection as the default option, main. For more information on components, see the note at the bottom of this section. 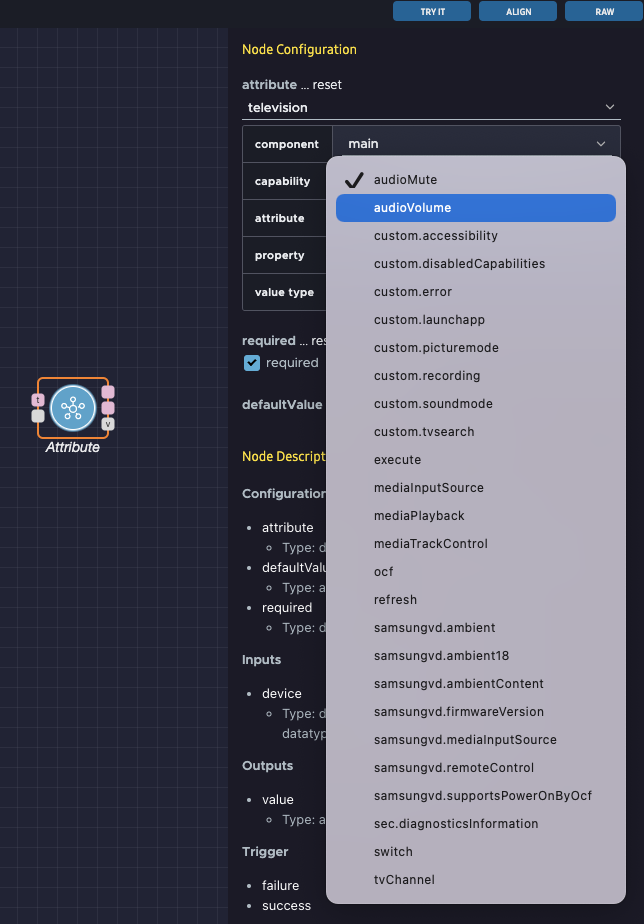 In the pop-up, select the value property for the audioVolume attribute. Click SAVE.

Now you're ready to add a Sum Node to the action flow.

Adding With the Sum Node

Drag a Sum Node from the Action Flow Sidebar to the editor area.

The values of the Utterance Parameter Node and the Attribute Node get passed to a Sum Node, whose output sets the final audioVolume of the device. 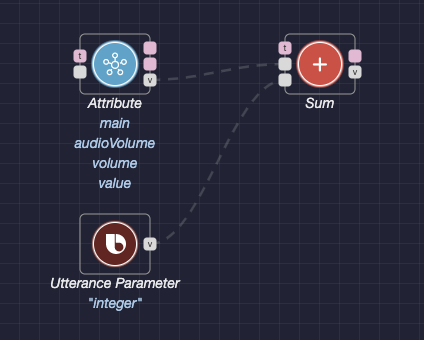 Next, you need to add a Command Node to the action flow to set the device's audioVolume.

Drag a Command Node to the flow editor area. Then, click the node to open the Node Configuration menu on the right. Click APPEND NEW ITEM. 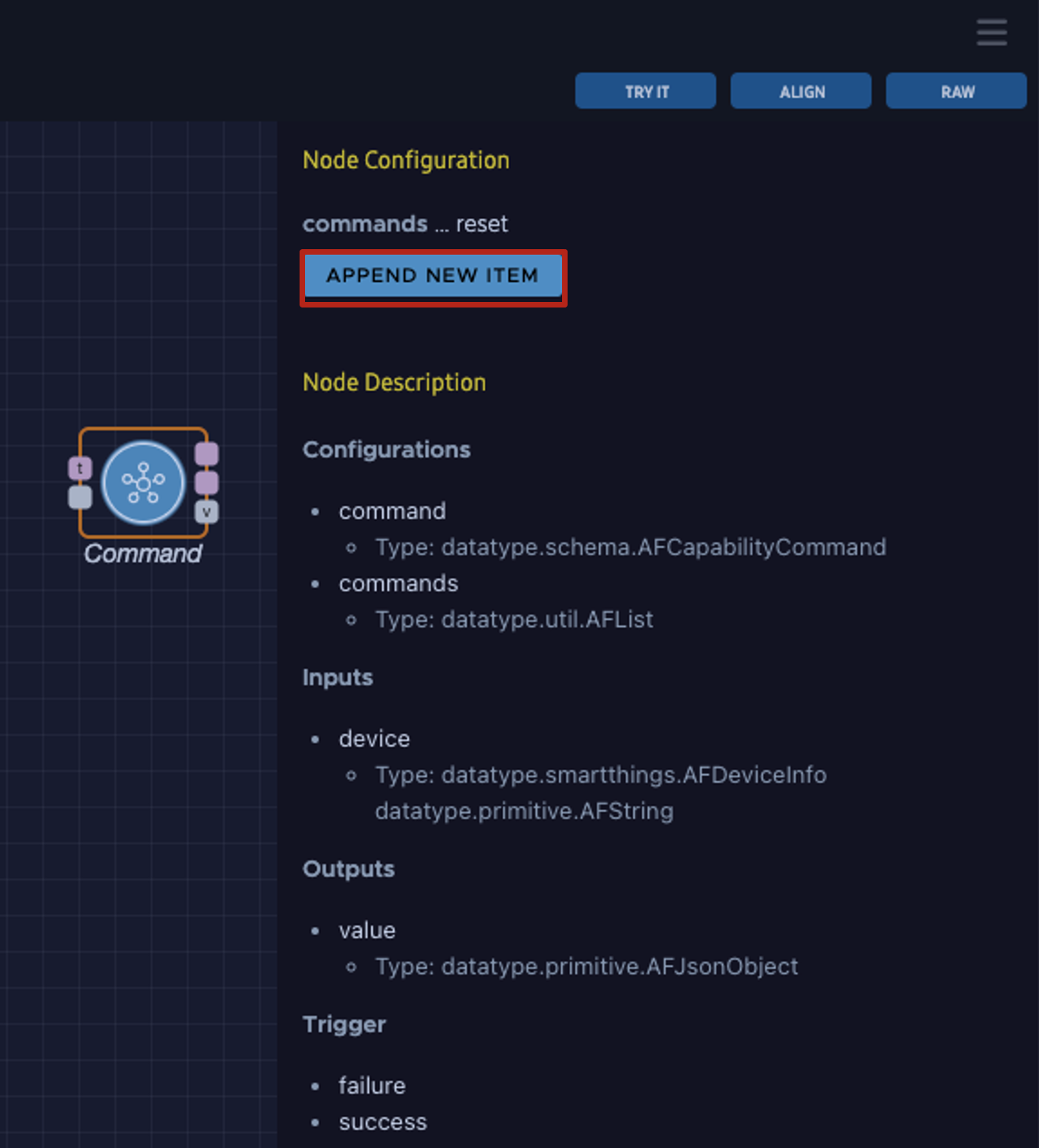 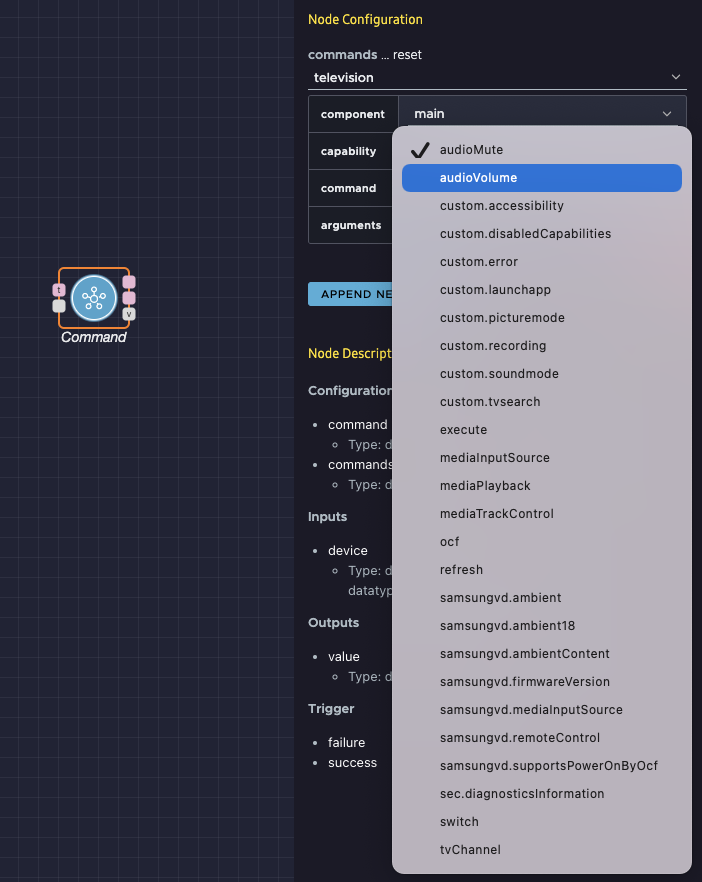 A pop-up for the audioVolume capability opens. Select the setVolume command. Click SAVE.

The Command Node should now have a dynamic input port for the audioVolume value. The input value determines the volume value for this device. 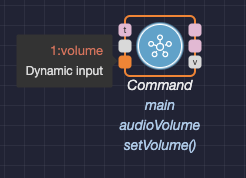 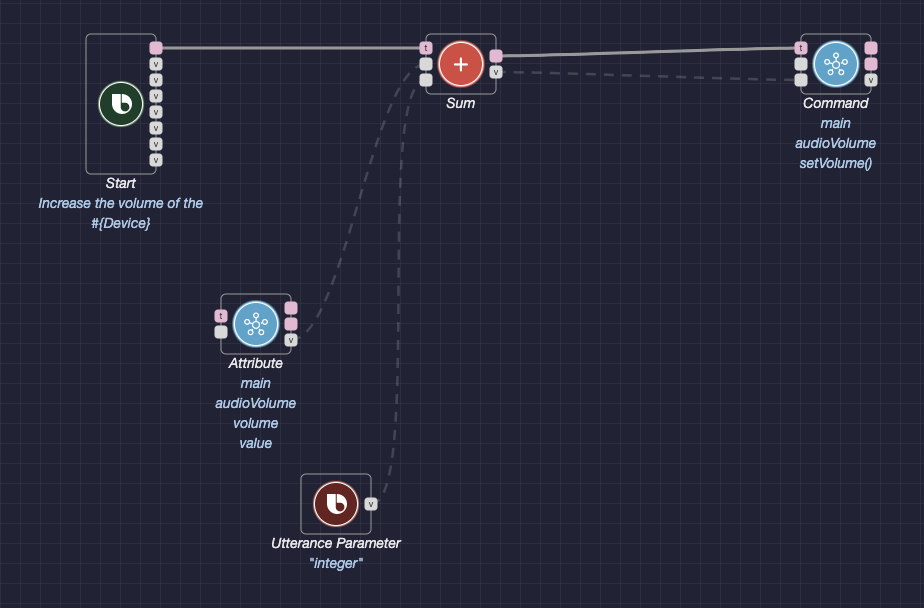 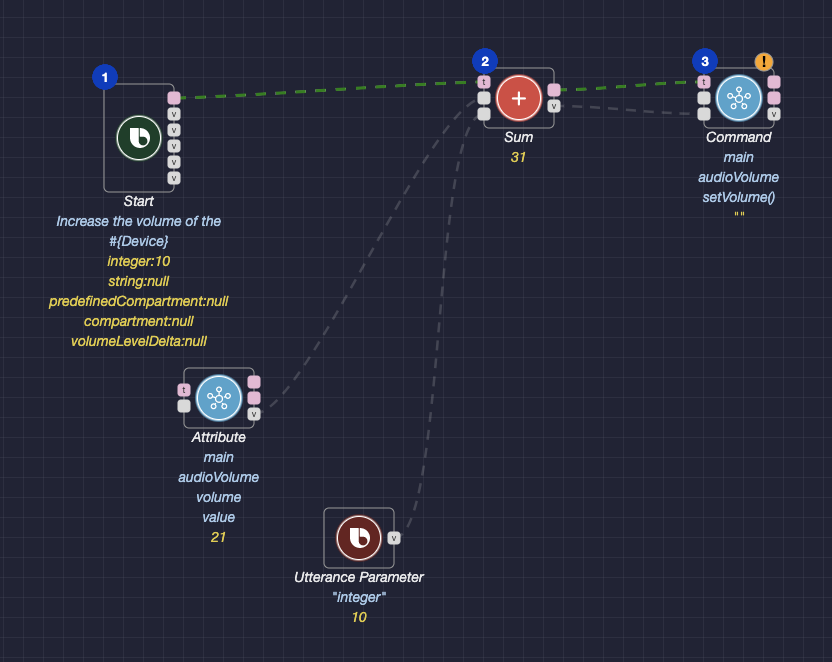 As you can see above, the current audioVolume value is 21, and the user's utterance value is 10. These two values are fed into the Sum Node, which gives the result of 31. This value is sent to the device using the Command Node to set the audioVolume to 31.

You can use any of these arithmetic operations in action flows: